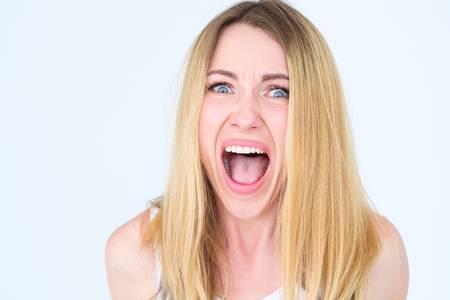 What no one tells us, is that not every homeowner is blissfully soaring for the rest of his life, and so many of us pursue home ownership with vigorous fervor, unaware of the nightmares that some members of this sought after fraternity experience during the journey.

From the time we were small we have always been programmed that success is about getting good grades when you leave school, securing a good job, building or buying a house, having a family and remaining comfortable for the rest of your life.  Many have aspired to what seems like a simple and effective formula.

So, after we graduate secondary and tertiary level we go out ambitiously determined to make these goals a reality.  We check them off one by one as we climb the ladder of perceived success. Purchasing a home is one major milestone which makes us feel that we’ve arrived, we’ve made it.  As we jump through the hoops of securing a loan, approving plans, setting up insurance, selecting furniture and finalizing décor, we delight ourselves in knowing that we’ve conquered.  We’ve entered the land of the few and the brave – home ownership.

What no one tells us, is that not every homeowner is blissfully soaring for the rest of his life, and so many of us pursue home ownership with vigorous fervor, unaware of the nightmares that some members of this sought after fraternity experience during the journey.  Should we stop our pursuit, play it safe and enter the land of renting for the rest of our life? No, that’s not the way to approach life. However, the knowledge of the pitfalls of others perhaps can help us to make prudent decisions allowing us to better prepare for any similar demise.

Before the recent recession hit, there were many homeowners who had joint salaries of over $8,000.  They therefore had no qualms about taking out mortgages for $3000-5000/mth. Their jobs were stable, or so they thought, and they existed in a climate where it felt like the natural progression would be via promotion either to a higher position within the same company or relocation to another job.  Never could they have foreseen that one partner might be made redundant and that joint income suddenly cut in half. Worse yet, never could they have imagined that both breadwinners might be laid off at the same time. To add to their distress, when they now turn to sell their beloved home to help make ends meet, what was once valued at $825,000 is struggling to fetch a market value over $600,000.  Although the banks who provided their initial financing try to be understanding of their situation, at the end of the day it is a business arrangement and they need to protect their interest. If you default, at some point in time they’ve got to collect. What a nightmare!

Then there are those who stood at the altar and declared their commitment to love one another until death do us part.  However, while very much still alive and feeling like killing one another, they opt for divorce instead. How often have I sat between 2 former partners, wanting to cut the tension with a knife, as we discuss the best strategies to sell property which they once worked so hard to secure together?  Usually, thanks to court ordered sale, they focus on the speed of pushing the property off, often not realizing close to its market value. They just want to cut their losses, close that chapter of their lives and move on. The pain and emotional scars of being booted out of your matrimonial home can be lasting.

There are instances in which homeowners have built the biggest houses they could possibly afford because in their eyes it symbolized success.  Now that their children have grown and left the nest, their once desirable haven has transformed into a ball and chain around their ankle. Pool maintenance, garden maintenance, housekeeping services, insurance, land tax, repeat.  They only live in 2 rooms of the house and now despise the very possession they most avidly pursued. They’re ready to downsize and hurt at the thought that a future buyer doesn’t care about the blood, sweat and tears that they poured into the house nor about the sentimental moments that took place there.  A prospective buyer cares about a deal and after your house is now on the market for 3 years, having experienced 5 price reductions, it is depressing to sell it for next to nothing just to be able to downsize.

Sickness is one of the unforeseen circumstances that has placed many a homeowner in an unfortunate predicament.  With mounting medical bills and urgency being the name of the game, selling one’s house can seem like the quickest option to raise much needed funds.  Illness doesn’t care about your acquisitions and even the most phenomenal property can seem totally insignificant in comparison when all you want is your health restored.

We don’t plan for things to go wrong but this is the reality of home ownership.  Life happens. Making wise decisions like building your savings, minimizing your debt-to-equity ratio and living according to your means are the best approaches to take as you pursue acquiring property and any other assets.  Go after your dreams with optimistic enthusiasm, but awareness of pitfalls and the knowledge of what can go wrong will keep you one step ahead. Home ownership can certainly be for you. Don’t be discouraged, just be informed.  Do not venture into it naïvely and with your eyes wide shut and I’m sure you’ll be one of the majority who definitely enjoys the journey.