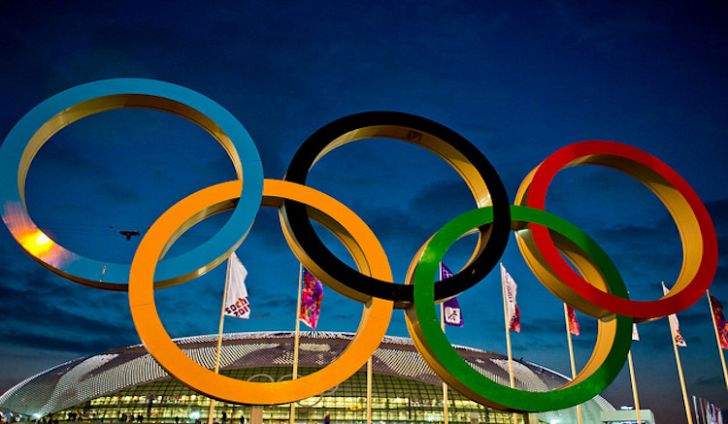 Cherita Shares Her Olympic Pain to Lift Others

Get to know the backstory behind the Agent of the Year. Her resilience as a competitor at the highest levels, through the thrill of victory and agony of defeat, has helped to mold her into the diligent laser focused entrepreneur that she is today.

THE YEAR was 1996, the athlete Cherita O’dell, the destination Olympics Village, Atlanta, Georgia. 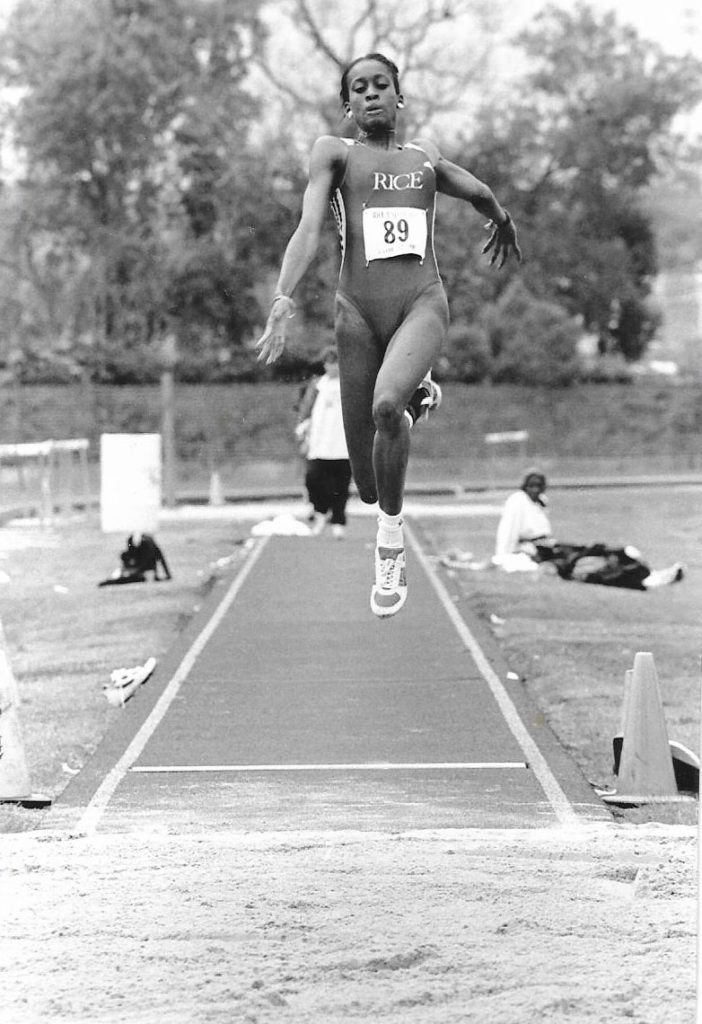 It was as a result of a tremendous amount of hard work and discipline that got the young Harrisonian there, and it was one of her proudest moments.

She had gained an athletics scholarship to Rice University in Houston, Texas, in 1993 and was one of four chosen for the scholarship, the others being Andrea Blackett, Melissa Straker and Julie Butcher.

The long and triple jumper recalled being angry with her coach that morning and that anger translated into a jump of 6.43m.

Immediately after making that long jump she knew that she had made the qualifying mark for the Olympics. 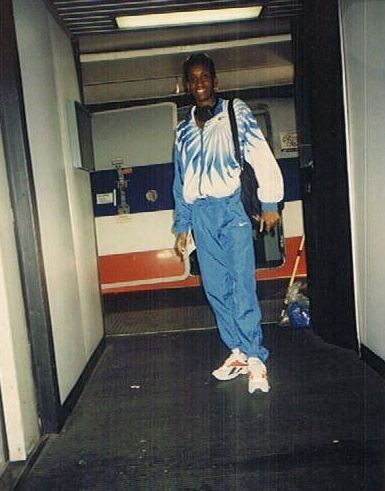 After selection “for the joyous occasion” off she headed to Tennessee for the training camp along with four others selected – Obadele Thompson, Malissa Straker, Kirk Cummins and Victor Houston.

At the practice meet in Atlanta prior to the start of the big games, Cherita was the last jumper “and it started raining cats and dogs”. But that was no excuse to “run for cover”; the athletes had to continue their routine “until you see lightning”. There was no lightning, and Cherita’s turn had come to make her jump in the heavy downpour.

But despite the event having taken place more than two decades ago, she told the MIDWEEK NATION: “I get very emotional when I tell this because the pain is still raw.”

As she glided down the stretch and her feet graced the “springboard”, she slipped and tore her leg in three places. She crumpled in the sand, clutching her leg. “It was the most depressing of scenarios because by then everybody was running for cover from the rain, including the officials,” she recalled. 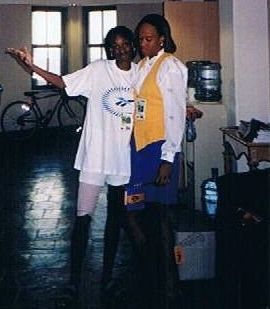 her blanket of cover as it soaked her body. And even then, those drops bore no resemblance to the friendly “pitter patter”, they were beating against her body, seemingly also angry with her that her Olympic dream was over before it started.

Her teammates and coach on realizing what had happened then rushed to her aid. But what was more depressing for Cherita was calling home to tell her parents that the dream was over. She knew they would have been disappointed. Though disappointed, they understood and shared her pain.

“For me the Olympics was the highest and lowest point of my life to this day,” she said.

Cherita, however, said that there are some in the athletics community who would prefer if her name was not even on record as being at the Olympics. This she scoffed at, making it clear that she earned her way there and cherished the opportunity.

After completing her studies, she now holds a bachelor’s degree in managerial studies and Spanish and a master’s in marketing and human resource management. She spent some time working in the hotel industry in a trainee management capacity and she loved it.

As she shared one of the experiences, she rocked back with laughter. Cherita recalled a visitor coming to the hotel in a sombrero with a friend, ordered a meal and ate, then jumped the wall and ran down the beach without paying. In her capacity as duty manager it was drawn to her attention. She busied herself tracking them down, and they were found. She made them pay.

After leaving the hotel industry years later and entering the real estate industry, Cherita “faced a hostile environment” with an intensity that forced her to seek greener pastures. Today Cherita, described by some as someone who could sell ice to Eskimos, owns a real estate company and is also a motivational speaker. 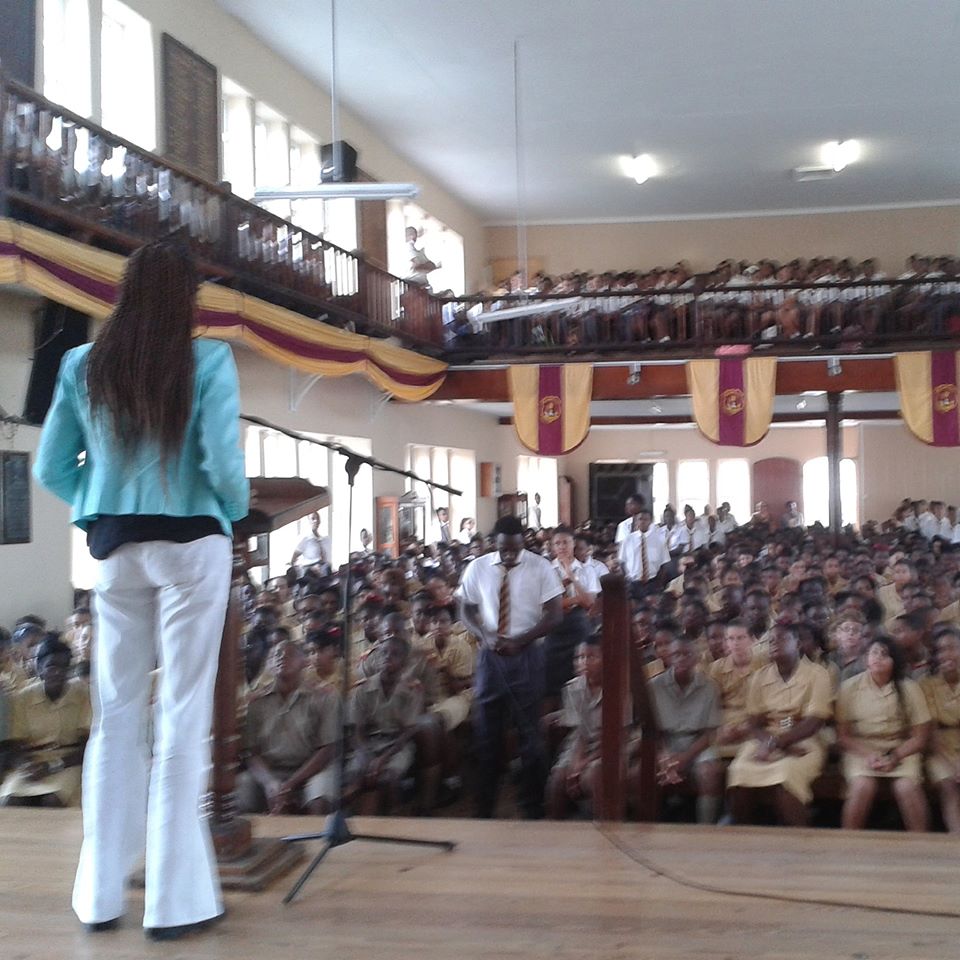 share my Olympic pain experience to show how life is about the unexpected. I have inspired sports teams, some of which performed creditably at Interschool Sports thereafter, such as Springer Memorial Secondary, St Leonard’s Boys’ School, Harrison College and Foundation.”

Cherita also speaks to corporate executives in her capacity as a marketing expert. She will be launching her “Singled Out” Inspirational Tour in St Lucia in February 2020 which is aimed at uplifting, empowering and inspiring single women.